Warning: Parameter 1 to wp_default_scripts() expected to be a reference, value given in /web/htdocs/www.ullgerchambers.com/home/wp-includes/plugin.php on line 601
 James Oton | Ullger Chambers 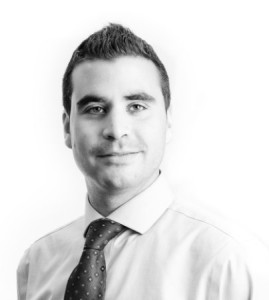 Gibraltar’s largest gaming companies. He was then head hunted to work for one of the world’s leading

independent assurance and advisory firms to deal almost exclusively with the authorised administration of a large prominent Gibraltar law firm, company and trust services provider following the revocation of its financial services licence and has been involved in specialist investigatory assignments on behalf of the Gibraltar regulator.

James is a corporate and commercial lawyer with 7 years experience specialising in Insolvency and is fully conversant with the new Insolvency Act and Rules. Having held an unrestricted licence to act as an Insolvency Practitioner by the Gibraltar regulator he has acted as liquidator in a number of solvent liqudiations.

He has advised on complex restructuring transactions, claims against directors for negligence working with Queens Counsel instructed on the high profile insolvency cases. More recently he has been dealing with fixed charged receiverships over real estate assets gaining experience in landlord and tenant matters.

James has been approached by clients to act for them on numerous matters and following from this interest has decided to go into private practice.

James can be contacted on james@ullgerchambers.com