Warning: Parameter 1 to wp_default_scripts() expected to be a reference, value given in /web/htdocs/www.ullgerchambers.com/home/wp-includes/plugin.php on line 601
 Gibraltar | Ullger Chambers
Gibraltar 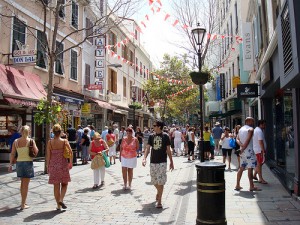 Gibraltar is a British overseas territory within the European Union. It is situated on a peninsula at the southern tip of Spain and opposite the north coast of Africa. Gibraltar dominates the entrance to the Mediterranean due to its geographical position. The economy in Gibraltar is based on tourism, shipping and financial services. Gibraltar’s tax system is attractive to both companies and individuals as there is no VAT, no inheritance tax and many more tax benefits.

Gibraltar has its own constitution. Gibraltar’s legal system is based on British common and statute law, rules of equity and the English Civil Procedure Rules which are applied in civil matters. The court service in Gibraltar is made up of the Privy Council which sits in London, Court of Appeal, Supreme Court, Coroner’s Court, and Magistrates Court.

Gibraltar’s official language is English and the local currency is the sterling pound. Gibraltar is linked to Spain by land and to London by direct flights from its own international airport.