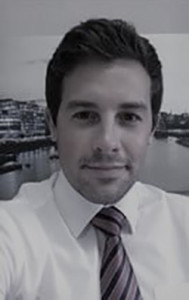 Daniel is a member of the Honourable Society of the Middle Temple and was admitted to the Bar of England & Wales in November 2017. After completing his legal training in Gibraltar, Daniel was admitted to the Supreme Court of Gibraltar as a Barrister. He became a member of Ullger Chambers in June 2020. Daniel will accept all instructions in all aspects of criminal defence work.

Once Daniel completed his legal studies, he worked for a leading Big 4 tax practice and gained practical experience in Gibraltar tax law and tax compliance. During his legal training he assisted in a range of diverse legal work ranging from Company & Commercial law, Property & Conveyancing and general Dispute Resolution work with an emphasis on insolvency. Daniel was also a former Secretary of the Gibraltar Finance Centre Council. Soon after his legal training Daniel spent seven months discharging an interim Legal Counsel function for a leading international technology group in the gaming software industry during its administration, sale and subsequent restructure.

The Honourable Society of the Middle Temple

Daniel can be contacted on daniel@ullgerchambers.com